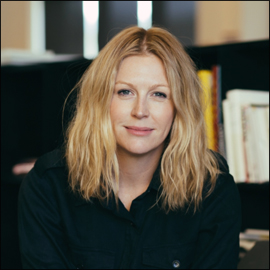 I just moved to New York to join 72andSunny as a Group Creative Director. So far I really like it. Everyone is smart and lovely and happy.

Before this, I was at Wieden + Kennedy in Portland, Oregon for five amazing years. I was co-CD on the Secret account when I left, and prior to that I co-led Chrysler and Dodge, and Herbal Essences. And I was a writer on Old Spice for a minute as well.

Before Wieden, I was at Publicis Mojo Sydney for four years on Boag’s and Hahn beers, plus Toyota, Nestle, PayPal, Coke, Virgin Active and Qantas, and a number of smaller brands as well.

Prior to Mojo I spent two years at Saatchi & Saatchi Sydney where I was Creative Group Head on Foxtel, Australia’s cable TV provider. I also co-led some Procter & Gamble brands including Olay and Head & Shoulders, and General Mills brands Old El Paso and Patak’s.

Prior to Saatchis I spent six years at Clemenger BBDO in Brisbane and Sydney, working on tons of CPG accounts such as Masterfoods, Frito Lay, PepsiCo, SunRice, Uncle Tobys, as well as Visa Card, Mitsubishi, and Suncorp Bank and government accounts such as Queensland Rail and Ergon Energy. Before that I was at McCann-Erickson Brisbane for two years. It was my first job and I wrote about tract homes.

Before that I was at Queensland University of Technology doing a B.Business Communications majoring in Advertising.

Before that I was a child in Adelaide, South Australia.

Before that, I can't remember.